Hansa Studios started in the early 1960’s as a small recording studio in the headquarters of Hansa Music Production, founded by brother’s Peter and Thomas Meisel, in Berlin.

Since 1965 however, they were using the Meistersaal for most of their productions, the former Sonopress Studio of Ariola-Eurodisk, which later became the legendary Hansa Studio 2 (The Big Hall By The Wall). Through the steady growing number of Hansa artists and the productions resulting there from, the Meisel brothers decided to found Hansa Tonstudio GmbH, in the beginning of the 1970’s, and built their own studio in order to be able to produce independently. So, Hansa Studio 1 opened in 1973 on Nestor Street in Berlin Halensee from which countless recordings of renowned national and international artists emerged from then on. In 1975 the Meisel brothers also took over the former Sonopress Studio on Köthener Street, turned it into Hansa Studio 2 and from then on continued to produce one hit after the other. At that time 2 studios were already working under the Hansa Studios name.

In 1976, the Meisel Brothers purchased the house on Köthener Street, which had been severely damaged in the Second World War, and gradually developed it into a music production house. The mixing studio, known today as the Hansa Mixroom, was built on the 4th floor. Directly beside it – as a substitute for Studio 1 on Nestor Street, which was closed in the late 1970’s – the Meisel’s built Studio 1, which started up in 1980. In order to get acquainted with the newest mixer technology, a training studio was built on the 3rd floor especially for the sound engineer and assistants. At the start of the 1980’s, Hansa Studio 3 was built in a former cinema on the ground floor making a total of 5 studios.

The idea was to set up a music production house where work could be done in several studios simultaneously around the clock. The company concept was artist development plus promoting songwriters and producers. At this time, Hansa Music Production was one of the leading production companies, labels and music publishing companies in Germany. Hits from Mireille Mathieu, Drafi Deutscher, Juliane Werding, Marianne Rosenberg, Manuela, Christian Anders and many, many more were produced here like a factory. Not to mention many successful albums from Peter Maffay, Udo Jürgens or Roland Kaiser, who partly still produce here today! In the 1970’s, Hansa Studios became known worldwide through the artist David Bowie who lived and worked in Berlin at the time. In the studio beside the wall, Bowie wrote his hit “Heroes“. He recorded numerous albums here, also together with his friend and colleague Iggy Pop. “Low” (1977), “Heroes” (1977), “Baal” (1982). Last but not least, because of its good reputation, equipment, exceptional acoustics and the many successful national and international successes, Hansa Studios was considered one of the leading international recording studios.

Depeche Mode “Construction Time Again” (1983), U2 “Achtung Baby” (1991), Nick Cave & The Bad Seeds, Marillion “Misplaced Childhood” (1984), Real Life “Send Me An Angel” (1982) and many other top acts produced their worldwide successes at Hansa Studios. Due to the changing situation in the music industry and the declining demand for large recording studios, the Meisel’s decided to dismantle Studio 2 and 3 in the beginning of the 1990’s. Thus, Hansa Studio 2 was again restored to its original state of being the Meistersaal. Offices for film production companies were built into the former Studio 3. The mixing studio and training studio were permanently rented and, from then on, were no longer part of the Hansa Studio. Only Hansa Studio 1 on the 4th floor and a newly set up midi studio continued on as the Hansa Studio. Today, Studio 1 is still the successfully active Hansa Studio, wherein acts like Supergrass “Diamond Hoo Ha” (2008), The Hives, Snow Patrol “A Hundred Million Suns” (2008), R.E.M. “Collapse Into Now” (2010) and many others record their songs and albums. Accessibility to the Meistersaal as a recording studio is still available. So, for example, the Swedish band Kent recorded their whole album there, R.E.M. recorded a live session with sound and images and Mark Knopfler gave a record release concert there.

The Hansa building on Köthener Street is arguably the most creative music house in Berlin. The idea of a “Music House“created in the early 1970’s is more alive than ever. Numerous independent studios and production companies from all musical areas work together here under the same roof. From rock, hip-hop, pop and hits to film scores and dubbing – it’s all produced here. The Emil Berliner Studios have moved into the former Hansa Studio 3. The Hansaplatz Studio is located on the 2nd floor, headquarters of producer Alex Silva and Herbert Grönemeyer, as well as the Mitte Studios, a network of renowned and successful authors and producers. Today, Peter Wagner and Jack White produce in the former training studio on the 3rd floor. The company Edition Meister for film and television works in the recording studio that was never finished on the 3rd floor. The company Audioberlin has been successfully active in the former midi studio for several years now. The Swedish engineer and producer Michael Ilbert works in the Hansa Mixroom with successful worldwide artists and producer Alex Wende work the control room and editing suite in a Hansa Studio complex. 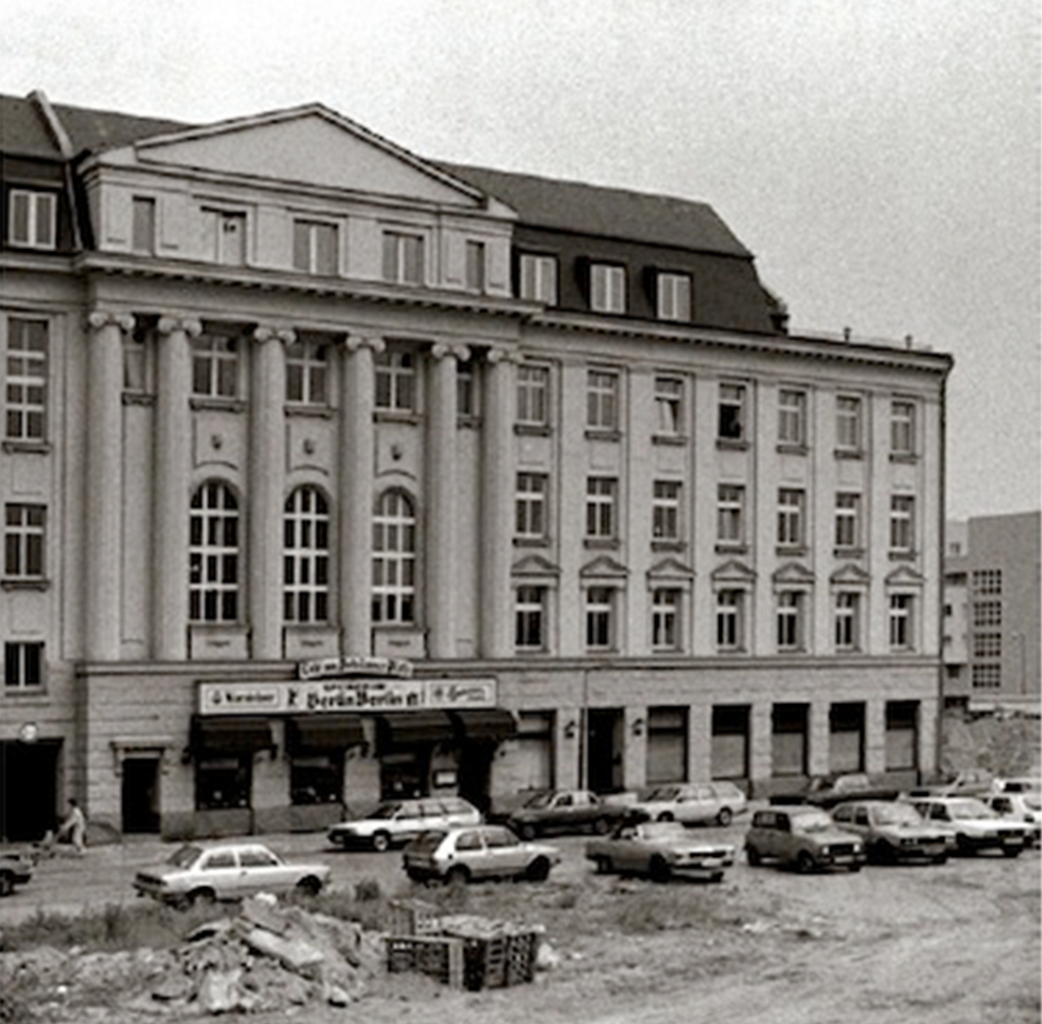